You may remember previous posts about Aggie, the white horse whose pasture we drive by on our trips to and from the Outer Banks. (If you’re a new reader and would like to catch up on Aggie: here are the links to my first post, second post and third post about her.)

A few months ago, I posted a picture of Aggie on an Outer Banks Facebook page of which I’m a member. A friend of Aggie’s family sent me a private message with some info, and included in that message was Aggie’s birth date: March 30, 1992. Yes, Aggie turned 22 years young yesterday.

Our plans for the day happened to take us in Aggie’s direction, so we paid her a birthday visit.  We took her a Happy Birthday balloon. 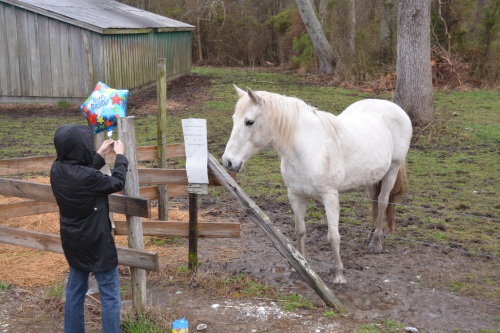 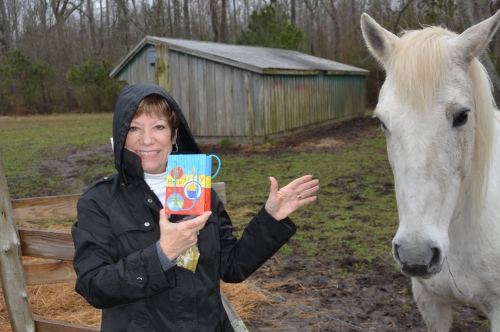 She couldn’t wait to see what was inside: 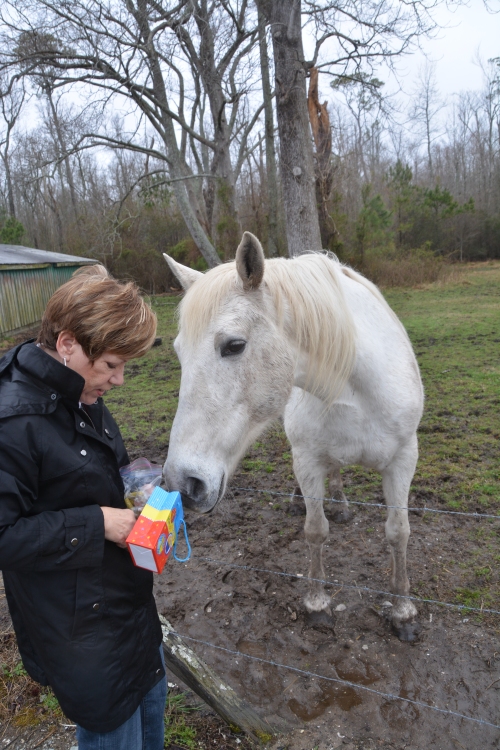 Our birthday gift to Aggie was a carrot and a few horse treats. 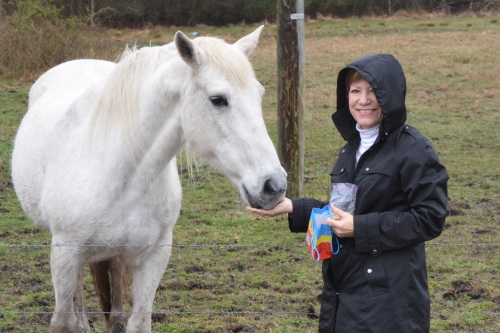 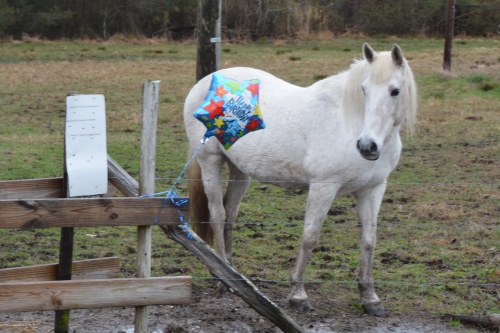 This entry was posted in Traveling Days and tagged aggie the white horse, white horse en route to nags head. Bookmark the permalink.