Those of you who read yesterday’s blog post will recall that it was Motor Man’s and my anniversary. In recent years, it’s become a tradition that we go for a sleigh ride around this time of year to celebrate.

We hadn’t really discussed it prior to Saturday, when Motor Man suggested we attempt to book a sleigh ride at Snowshoe, a ski resort in West Virginia. That’s where we went last year on our anniversary.  We weren’t able to contact the stable on Saturday, but left a message. And we decided to drive to Staunton, Virginia (about halfway) and spend Saturday night there.

Sunday morning, we continued on to Snowshoe.  Along the way, we saw a gorgeous overlook, so we pulled over to take pictures.

We had forgotten to bring the tripod, so we had to improvise.  (Remember that: it will be important later in this post.)

We continued on our way to Snowshoe, and Motor Man stopped for me to take this picture.  The setting reminded me a little of a nativity scene.

There was very little snow….until we reached the ski resort. 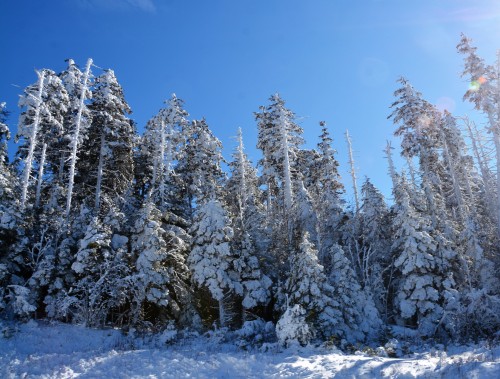 The roads were completely passable, but the trees looked to be from a Christmas card. 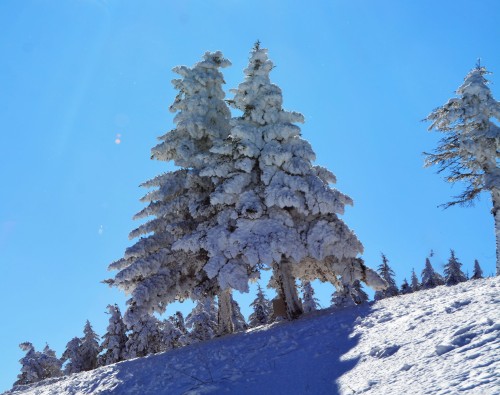 Due to some miscommunication, we weren’t able to go on a sleigh ride. But we were still having a fun day.

Motor Man wasn’t upset about it, although he hated the thought of losing all his contacts. I was more worried about the phone than he was.

The last place we remembered having it was at that overlook.  When we were there, he had the idea to use his cell phone, placed on its side on that stone wall, to angle the front of the camera when we took our picture.  (That didn’t work, but we knew there was a possibility that’s where we’d left his phone.)

But….. had someone picked it up?  Perhaps not to take it, but just to try to find the owner.  My number is in his phone as an emergency contact, but with no cell service, any call attempted to be made to me wouldn’t have come through.

The overlook was nearly two hours from Snowshoe….a LONG two hours when you’re trying to get there to look for your phone.

See that tiny black thing to the front of the stone wall?

Motor Man’s phone.   Just waiting for us to return. Waiting there for nearly four hours. 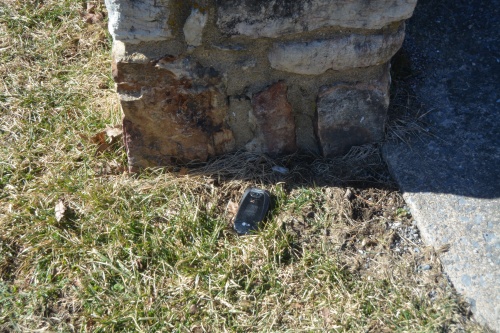 I think that was the best anniversary present I could have received. At that point, even better than a sleigh ride.