Ever since she was a tiny kitten, Gypsy has loved to lie on my legs. This has resulted in some rather interesting photos through the years.

This would be the first of many such pictures. It was taken the night Motor Man found her, shivering, scared and hungry, at the back door of our shop. 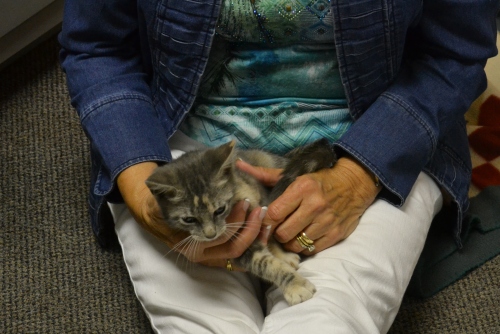 Some time later, after she had officially adopted us. 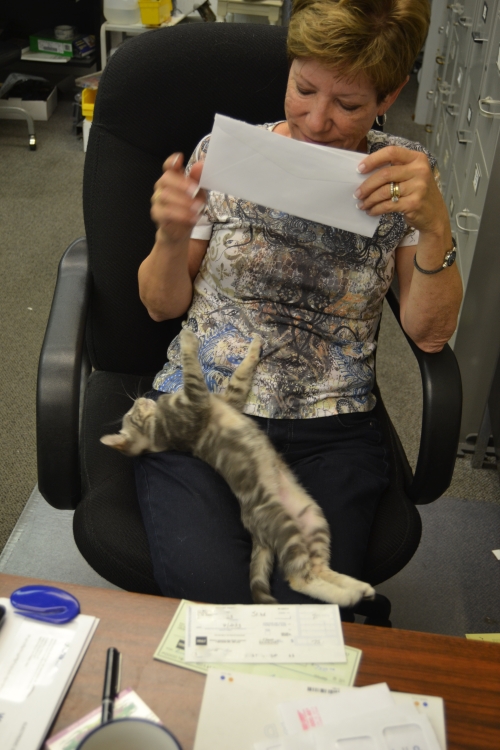 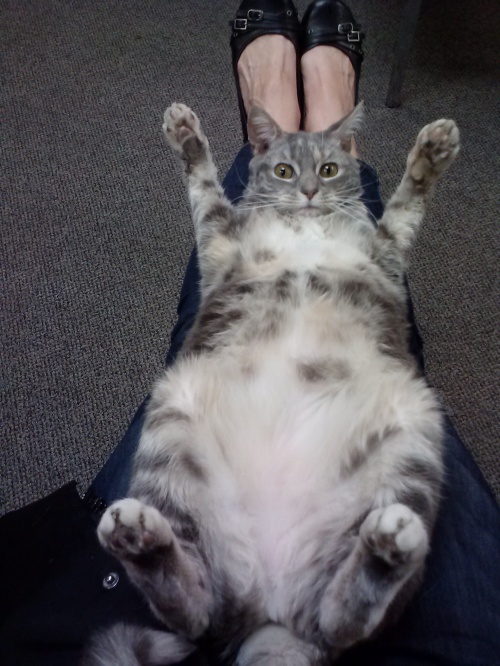