It’s been awhile since I’ve done a Random Five Friday, so today’s the day, and my thoughts are REALLY random.

1.)  This is what caught-in-the-act looks like.  Guilty of eating what’s left of my poor hydrangea. (That’s a trellis in the background.) 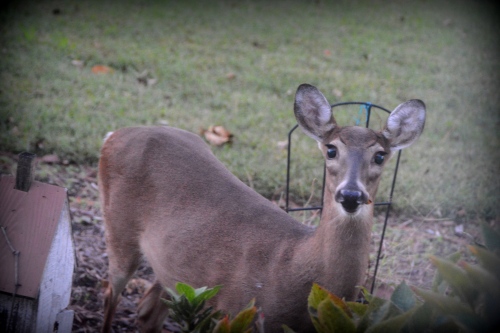 2.) A couple of weeks ago, Marshall attended his first ever “horror movie convention” (Monster Mania). That’s one interest he certainly didn’t get from his mom. He had a great time, met several celebrities, got their autographs and had photos taken with them.  But, this picture tops them all.  This is Robert Englund, best known for his role as Freddy Krueger in the Nightmare On Elm Street movies.  He had just autographed a “Freddy” razor glove for Marshall’s buddy. When Marshall stepped up for a photo, Robert donned the glove, placed it up against Marshall’s beard and said (in his Freddy voice): “Just a little trim…..!”

3.) Motor Man and I took a drive out in the country last week and passed an alpaca farm.  I spotted this tiny little one and just had to get a picture, albeit not a very good one. They remind me so much of stuffed animals. 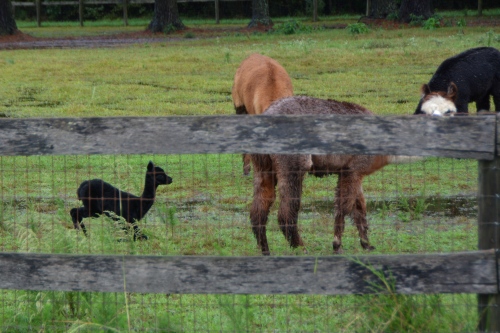 4.)  Our town held its annual Bacon, Bourbon and Beach Music festival the weekend before Hurricane Matthew. The portable “Virginia is for Lovers LOVE sign” was on location.  That’s historic Windsor Castle in the background. 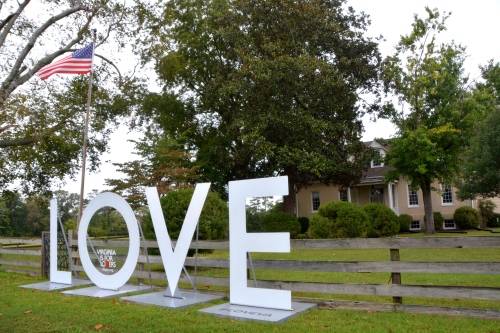 Motor Man and I didn’t have an opportunity to have our picture taken the day of the festival, but since the sign was still there a few days later, we had our chance. 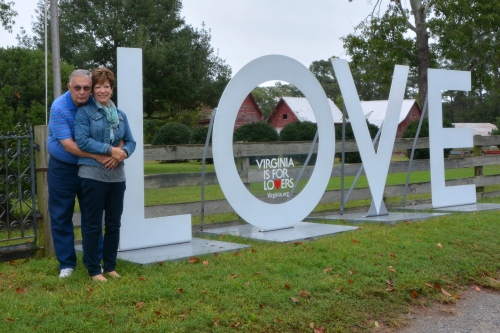 5.)  The Outer Banks sustained major damage during Hurricane Matthew.  We took a trip earlier this week to check on our place (thankfully, it was unscathed), but a section of the roadway nearby known as the “beach road” washed away once again. I’ve shared photos of previous storms’ damage (a nor’easter and Hurricane Joaquin) to this area.  The Carova area, several miles north and home to “my” wild horses, had extreme flooding.  Although driving on the beach is possible now, we don’t know when we’ll be able to access the areas on the other side of the dunes where we most often see the horses. 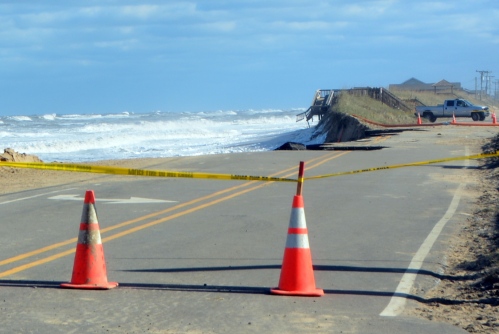 Note:  next week, I’ll be blogging on Tuesday and Thursday.