About ten days ago, Motor Man and I learned of a scary situation that had happened in the Corolla area, home to the wild horses.

A stallion had stolen a mare and her foal from their harem.  Then, apparently, the stallion perceived the foal (a male) as a threat. Thankfully, someone witnessed the attack, and the Corolla Wild Horse Fund folks were called right away.  Chris, a deputy who lives nearby, responded and stayed with the foal until the CWHF staff members arrived.

The foal, named Chris in honor of the deputy, was removed from the herd and taken to the CWHF rescue facility. Last Tuesday, Motor Man and I planned to be in the area, so we were given permission to stop by to meet baby Chris. 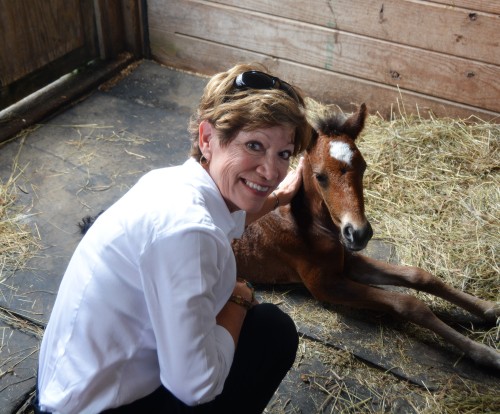 What a sweet, precious baby.

Early last Sunday morning, as Motor Man and I drove onto the 4-wheel-drive area of the beach, we stopped to chat with a deputy who was stationed there at the entrance. He shared the sad news with us that baby Chris’s injuries were too severe, the infection was not responding to treatment, and that he’d had to be euthanized that morning.

Needless to say, I was immediately in tears. A few minutes later, Deputy Chris drove up, and I was able to meet him and shake his hand for all he did for baby Chris. And, as soon as I began talking with him, I cried.

But, although I was heartbroken, we continued on our drive along the beach.

It was a beautiful day to be there…sunny and low 70’s. We saw horses by the ocean, which made me smile. 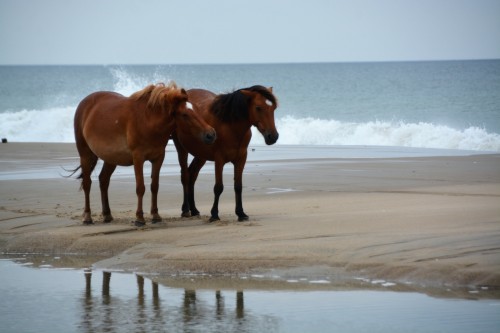 Two horses were performing synchronized rolling in the sand, which made me chuckle. (Video is jumpy at first because I began filming before we came to a complete stop.)

And a third one, just out of camera view, had also just completed a solo “rollover”. ‘Scuse me, bud…you have some sand there on your back…’ 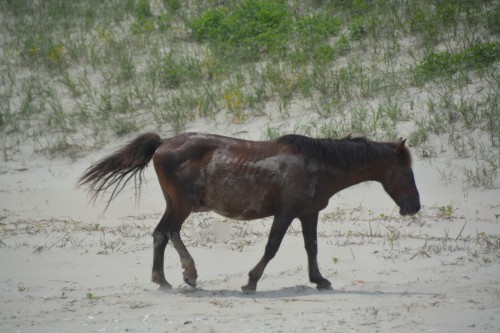 We saw a stallion on the dune… I thought of baby Chris and so wish he could have stayed here and grown to be a wild stallion. And I cried again. 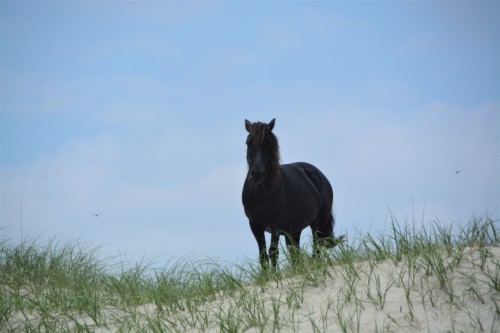 But, after several attempts on previous trips,  we were finally able to spot baby Castano, the first foal of the season. Appropriately enough, he was first seen on Mother’s Day. (Baby Chris was the second foal this year.) The name of the beach house beside Castano and family is “Little Bit of Heaven”. So that made me cry. Again. 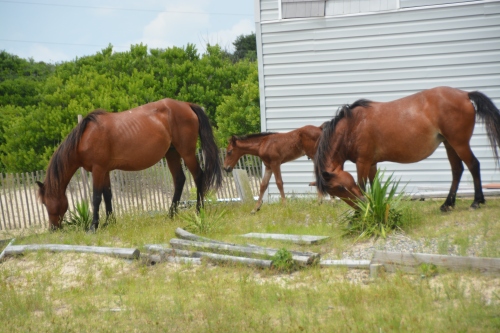 But I also oohed and aahed and smiled as I watched this baby with his mom. Mixed in with the smiles,  I may have cried a little.  Again. 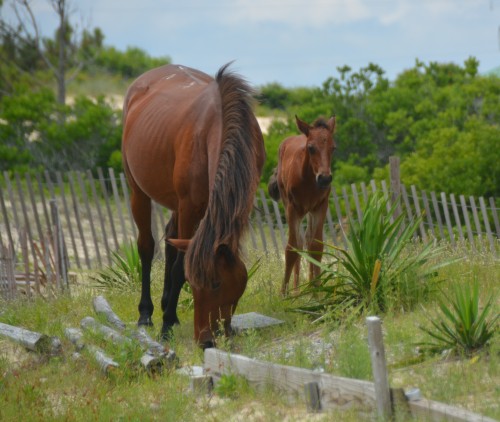 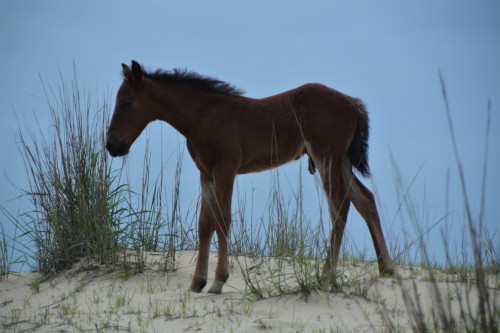 Be safe and grow strong, little one…. 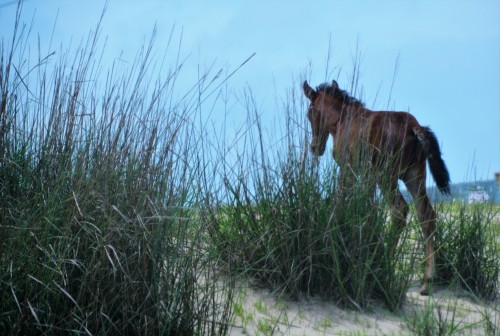 …while baby Chris runs wild and free in a place even more beautiful than this.