When my Motor Man learned last week that the first foal of the season at Corolla had been seen, he decided that we needed to make a trip. You may remember that he broke his shoulder a couple of weeks ago, and we’d put beach trips on hold for a while. So he cinched up his sling really tight, and off we went. (Shhh….don’t tell his orthopedist.)

We didn’t see the new baby (Renzi), but not for lack of trying. And just this week, we’ve learned that the second foal of 2019, a filly named Rosie, has been spotted. So now we have TWO little ones to look forward to seeing.

We did see several horses last weekend, including three down by the ocean.  They were walking among the stumps.

Recently one of our local papers published an article about those stumps. “Orrin Pilkey, a professor emeritus at Duke University and expert on coastal geology…. estimates a maritime forest existed here some 2,000 years ago but was decimated as the barrier island drifted west toward the mainland, covering the roots in salt water.” 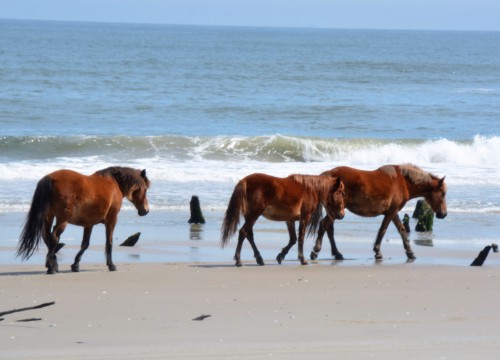 The stumps and the waves and the horses made for some interesting photos. 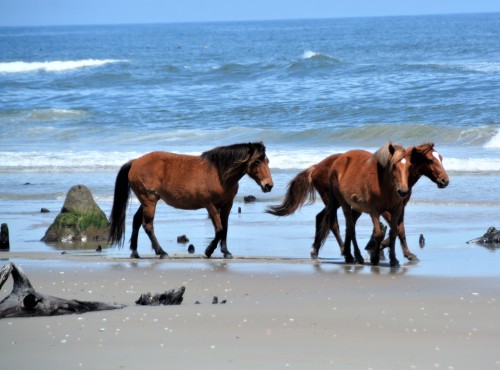 And for this video, you definitely want to turn on your sound.

Ah…..among my favorite sights and sounds. But, then, you already knew that.