Do you ever stop to think about how your individual friendships were formed? There are so many ways that we become friends with folks. My friend, Pam, and I came to know each other about six years ago through blogging.  (She and her ginger kitty, Sammy, write One Spoiled Cat.) You may recall that she and her husband, Dave, have visited us here in Smithfield, and we’ve met them near their home in Northern Virginia a few times for lunch and antiquing. Pam and I email each other every day (usually several times), and I consider her a very special friend.

Pam nor Dave had ever been to the Outer Banks. So last week, to help celebrate their anniversary, we gave them a whirlwind tour.

First, we took them to Carova to see “my” wild horses.  We were thrilled to see a large group down by the ocean. We left home in the rain, but by the time we arrived at the beach, the sun was shining. 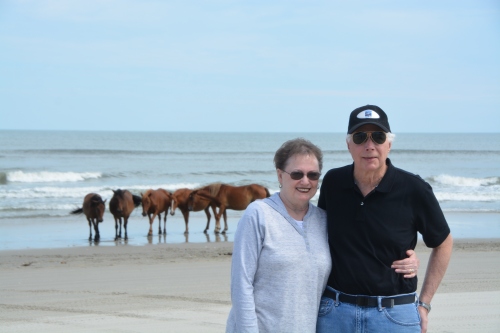 I shared this next photo on Facebook, where it received a couple of humorous comments regarding that part of the horse’s anatomy in the background. And let me just say that I can’t think of anything I’d rather have photo-bombing one of my pictures. 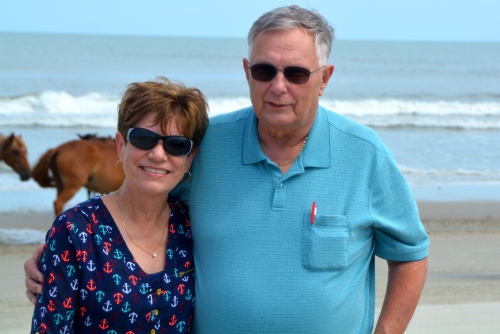 Next, we stopped at the Wright Brothers Memorial in Kitty Hawk.  Dave is a pilot, so this was definitely on their list of things to see. 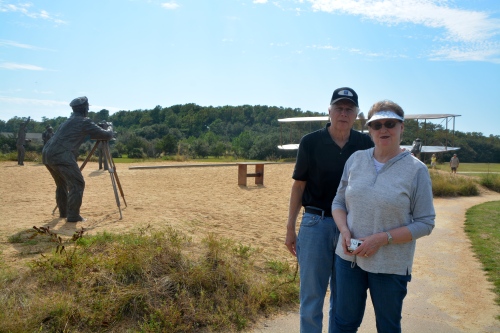 Then it was dinner at Lone Cedar Cafe near Manteo. 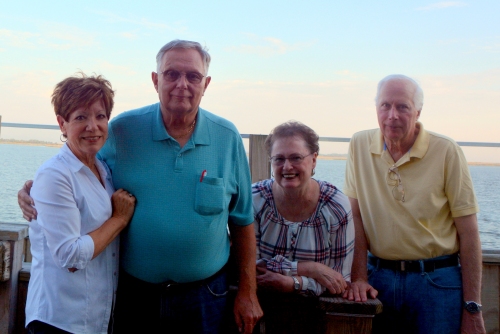 The next morning, we were up early to watch the sun rise over the Atlantic.

We enjoyed breakfast at Henry’s in Kitty Hawk, and on the way home, stopped at a favorite farm market. While there, we met, Tony, one of the  market kitties. We’re all fond of kitties, so Tony got plenty of attention from us. 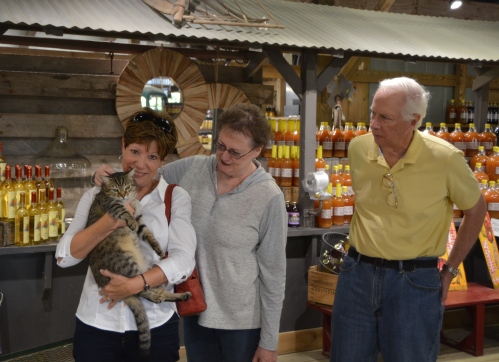 It was such a fun trip, but it’s always sad for Pam and me to say good-bye.  I hope the four of us share another adventure soon.