Those of you who have been following my blog for a while know that I share a certain video each year at Halloween. The video was one segment in the series, Halloween Haunts, produced by WHRO, our local PBS station, in 2007. The series aired during the last two weeks of October.

These next two paragraphs are for readers who are new to the blog. The video, whose link I share below, was filmed at historic Bacon’s Castle (1665), located in Surry County, less than twenty miles from where Motor Man and I now live. My maternal grandparents and their twelve children (including my mom) lived in the house from 1921 to 1940. Although they moved from there many years before I was born, I remember them sharing stories of seeing “The Castle Light”. Their descriptions of it, however, were quite different from its depiction in Halloween Haunts.

My son, Marshall, became an interpreter (guide) at Bacon’s Castle in 2000. He was employed there several years, and gained a wealth of knowledge about the history of the house, its architecture and the families who made it their home. My mom and most of her siblings had passed on by this time. But two of those who were still living at the time (then in their 80’s) re-visited the Castle, and shared first-hand with him their childhood memories of the house and property. 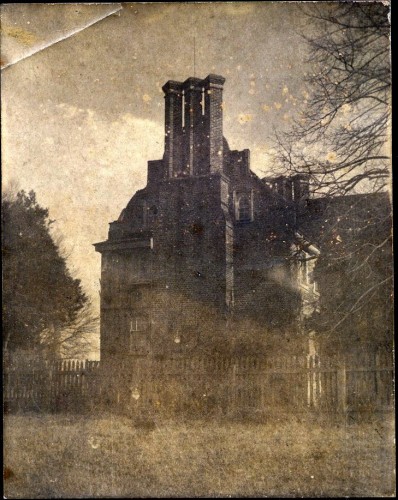 I know my mom and her family would think it fitting that Marshall had the opportunity to participate in this video filmed at their homeplace.

5 responses to “My Halloween Tradition”