As Luck Would Have It

Every once in awhile, luck just plays a big part in an interesting photo.

In the nature category, I have these two lucky shots.

While Motor Man & I were out on the Pagan River in our little boat one day last summer, we were watching a heron along the shoreline. He had just dipped his beak into the water when I took this picture.  When I downloaded it to my computer, I realized that I had caught the water droplets falling from his beak. Lucky! 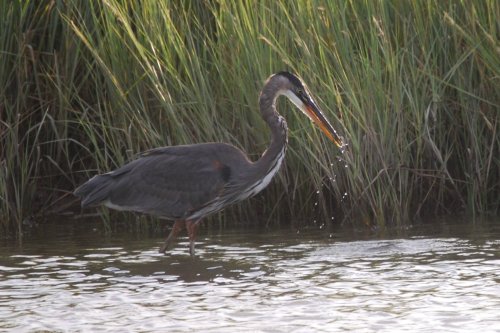 A few months ago, I was taking pictures of the deer in our yard, while hoping they wouldn’t be having my flowers for dinner. This particular deer spotted me.  He evidently thought the “shooting” I was doing was with something other than a camera and bolted across the yard. I started clicking, and caught him in mid-air. Lucky! 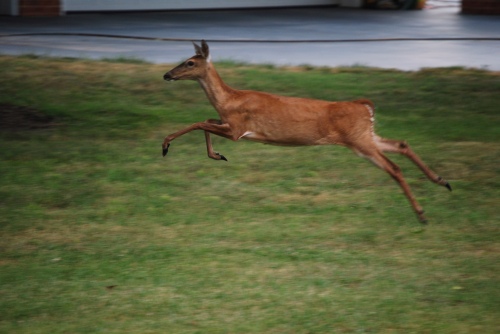 (I realize the heron and the deer could possibly be females. For this post, we’ll just refer to them as guys.)

This next photo is in the industrial category.

Last spring, an old building in our town was being demolished. I was there – taking pictures, and caught this “string” of cinder blocks as they tumbled through the air. Lucky! 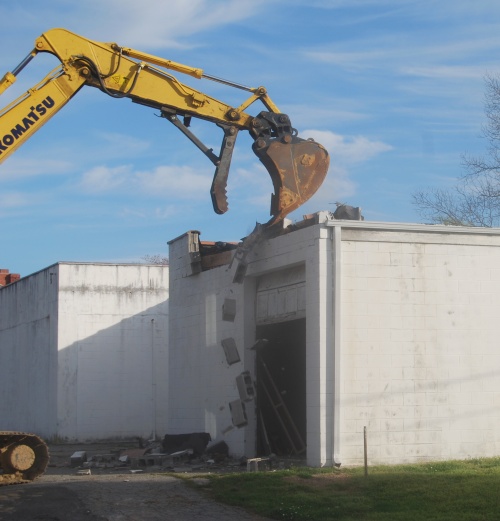 There’s an old saying: “I’d rather be lucky than good”.