Many of you commented on Tuesday’s Barn Charm post, saying that you didn’t know that peanut vines were baled and used for cattle feed.  So I thought I’d share a little more information about peanut crops for those of you who aren’t familiar with how they’re grown, etc.

In the fall, peanuts are “dug”, using equipment, known (not surprisingly) as a peanut digger. They’re then left to lie on top of the ground for several days, so they can dry. Some folks love the smell of freshly dug peanuts, others don’t. It causes allergies for many. If fall in the country had an aroma, that would be it. (Wonder if Yankee Candle has considered this…) 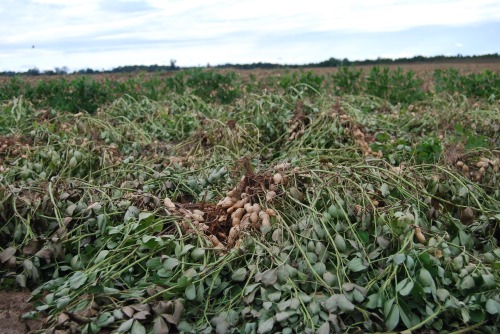 When the farmer determines that the peanuts have dried enough, they’re “picked”, using a peanut combine, or as most folks around here call it: a peanut picker. The combine separates the peanuts from the vines, sends the peanuts into a hopper, and the vines are returned to the ground. 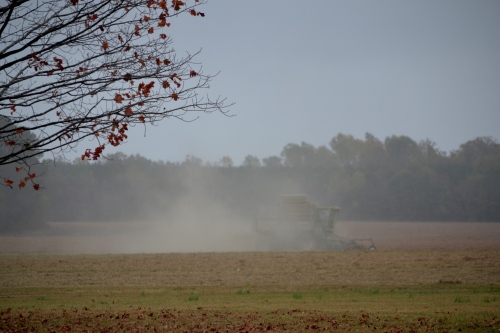 Here’s a better picture of the combine. Although the peanuts have dried somewhat since they’ve been picked, after harvesting, they’re taken to an open shed, called a peanut dryer, on the farm. There, huge fans remove even more moisture before the peanuts are taken to a local buying station. 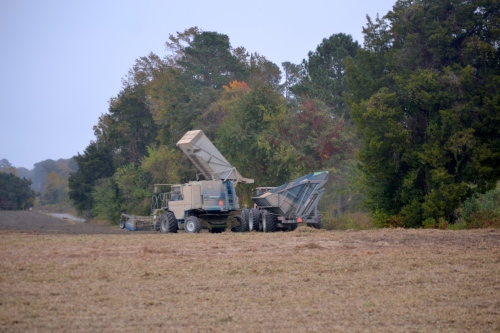 As I mentioned in Tuesday’s post, after harvesting, many farmers bale the peanut vines and feed them to the cattle. (These aren’t birds in this picture: they’re blowing leaves. This was a day or two before Hurricane Sandy narrowly missed us.) 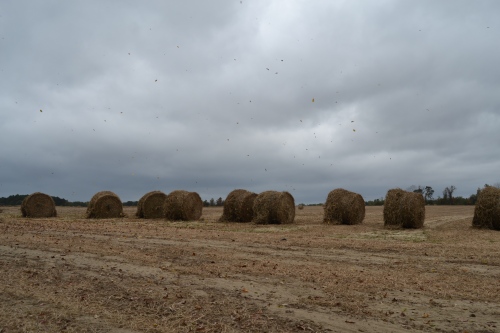 The pictures above of the peanut combine were taken last weekend at Bacon’s Castle farm. Years ago, peanuts were “shocked”, or placed on vertical poles, to dry. 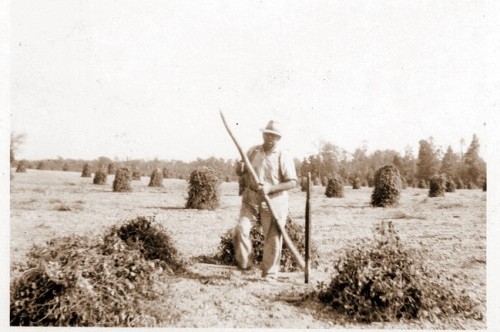 These are pictures of my Grandaddy, taken probably in the 1930’s, on the Castle farm, with shocked peanuts in the background. 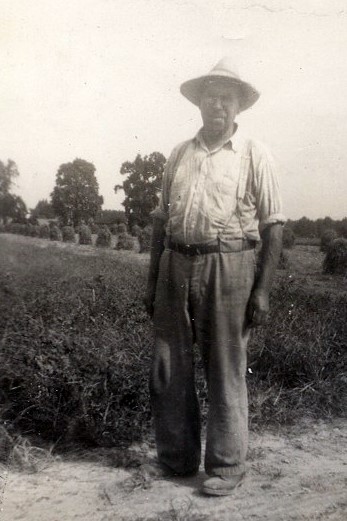 24 responses to “More About Peanuts”