The Music Of My Life…Is Back

From my earliest memories, there was music in our home. I’ve mentioned before that my sisters were fifteen and sixteen when I was born. So I was familiar with rock and roll from a very young age.

I recall attending an Elvis movie with my mom and sister, Rose, when I was still young enough that I wanted to take my doll baby with me.  Rose was horrified, but mom convinced her that having your little sister take a doll to an Elvis movie was not the end of the world.

the era of the doll/Elvis movie incident

Looking back, I really don’t think I discovered music when I became a teenager, as most young people do. I just gradually “morphed” from my sisters’ music (Elvis, Roy Orbison, The Everly Brothers, Gene Pitney) to MY music (The Beach Boys, The Beatles, The Grass Roots, Neil Diamond, Creedence).

The radio station that EVERYONE listened to in our area was 1310-AM WGH (World’s Greatest Harbor).  The station first signed on in 1928, thus the three call letters as opposed to the four now required. In the 1950’s, WGH began playing Top 40 music. Of course, when evenings came, the signal diminished to the point that we couldn’t pick up it up in our rural area. Then we’d have to switch to an out-of-state station to listen to our music.

For Christmas one year when I was a young teen, I received a transistor radio. I’m sure my mom tired of buying batteries for it. But what a joy it was to carry my music with me, and especially to listen to one of those out-of-state stations at night on that little radio stashed under my pillow.

My 15-year old self with niece, Barb

During the Thanksgiving season, the station held a contest: when you heard the sound of the turkey gobble, you called the station. If you were the correct number caller, you would win a prize. One year (after I was out of school and working at my first job), I won a Paul Anka record album.  I was thrilled, especially since he had previously written and recorded the song, Diana.  And I forgave him for the misspelling. (Just kidding: for those of you reading my blog for the first time, my name is spelled Dianna.)

Graduated, working and my first car

I’m not really sure when WGH changed its format, but at some point, we began listening to other radio stations.

For a while, there was a station that would play the “oldies”: the music we listened to during our teen years. But in recent years, we had to be content with a few of those mixed in among current songs. I’ve admitted here before that I’m a music snob: preferring that from the 50’s, 60’s, and the first few years of the 70’s.

Last Friday morning, I logged onto Facebook, and discovered to my delight that WGH had changed its format and was once again playing the music I loved.  What a surprise:  our beloved WGH is back.

Driving is fun again because the “music of my life” is on the radios in our vehicles. There’s also a live stream, so I can listen on the computers at our shop AND at home. That means there’s no problem when the sun goes down and the signal weakens.   My son, Marshall, (also a  fan of  the oldies) commented last weekend that he can’t remember the last time we actually looked forward to the next song on the radio.

On Monday afternoon, a small group of followers of the WGH Facebook page met in the parking lot at the site of the station’s studios “back in the day”. Motor Man and I attended. Someone brought a boom box, and we all played a very informal game of “Name That Tune”. 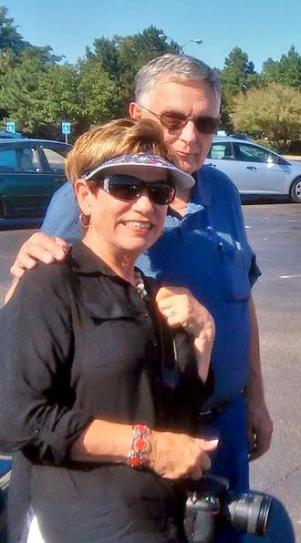 At the current time, there are no deejays, but we’re told that will come in the future. There are already over 1,000 songs in their treasury, also with more to come.

And if you’re a fan of “my” kinda music, here’s the link to the live stream, so you can enjoy it too:

In addition to that wonderful music, there are also vintage commercials and WGH jingles. We’re all teenagers again!

I just may have to find a vintage transistor radio. Wonder if Motor Man would mind one under my pillow?