It’s hard to say exactly what our snowfall total was because the 30+ mile per hour winds caused drifts everywhere. Probably in the 6″ range.

This is at a little bridge not far from our house.  The snowdrift was up to the top of the guardrail. And, as you can see, the wind was still blowing. 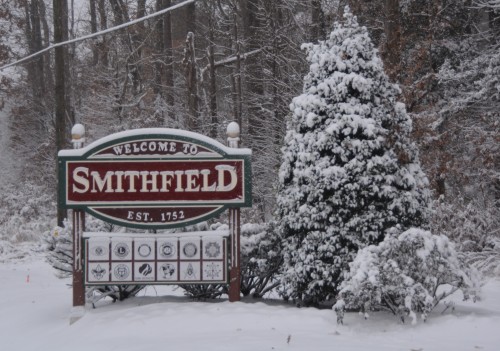 This next photo is the entrance to a dear cousin’s property, also near our house. Our temperatures have been so cold ever since Christmas, very few folks have had a chance to take down their Christmas decorations. The snow adds a nice touch. 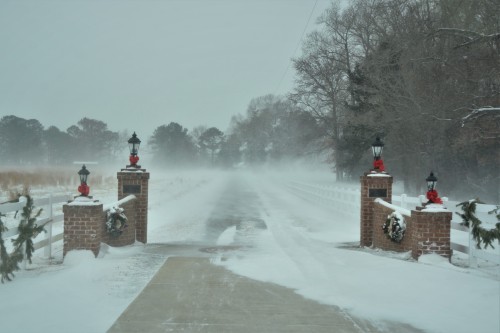 It’s been quite a while since we’ve had this much ice on the river by our house.

Thankfully, although we had strong winds, we only lost electricity for a couple of hours yesterday.

So the “bomb cyclone” has moved on up the coast.  The snow was pretty, I got some interesting photos, children had a couple of snow days and enjoyed playing in it.  And now I’m ready for spring.