If These Walls Could Talk

Saturday, I attended the Descendants’ Day event at Bacon’s Castle. During the “welcome”, it was mentioned that lunch would be served in the Caretakers Cottage.

I hadn’t purchased the ticket option that included lunch, but I immediately set about asking the site coordinator if I could have a look inside the cottage.  I had good reason to want to see inside, but more about that later in the post.

The original part of Bacon’s Caste, built in 1665, is the part to the left in this picture (where the roof appears to be ‘silver’).

In the 1700’s, an addition was built onto the right of the original structure. That addition was removed in the 1800’s, and the current one put in its place. In the center is the “hyphen”,  joining the two sections.

The 1700’s addition was moved a short distance from the house, and was used by my Mom’s family when she and her family lived there in the 1920’s and 1930’s. Their kitchen was in that building, as was my grandparent’s bedroom.

This photo is from the Historic American Building Survey project from the 1930’s and shows the rear of the cottage.  It appears that someone is standing on the porch, but I have no way of knowing who that might be.

Among our vintage family photos is this sweet one with the cottage in the background. These are my first cousins, Janet, Bobbie and Joanne, all of whom have passed on now.  My family moved from Bacon’s Castle many years before I was born. 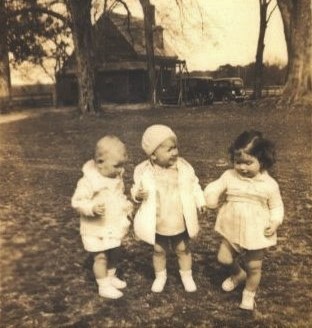 In later years, the cottage was moved to its current location further away from the main house.

Many changes have been made both to the interior and exterior since my family lived there. But, since I’d never before been inside, it was important to me that I take the opportunity to do so. 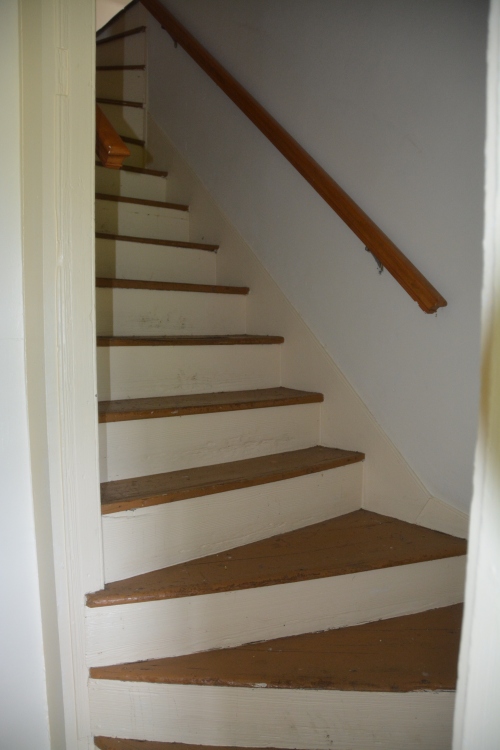 I just imagined my ancestors using those steep, narrow steps.

And looking out at a view similar to this one.

I love to think of the stories about my family these walls could tell.

7 responses to “If These Walls Could Talk”