So, in honor of his special day,  I thought it might be fun to share some previously unrevealed facts about my hubby.

1.) The only song lyrics Motor Man knows are to the chorus of “Thunder Road”. Since most of you probably aren’t familiar with that song, here’s a link for your listening enjoyment: http://www.youtube.com/watch?v=tdwUpxkfSJw

2.) Motor Man once had two newspaper routes as a young boy, built his first race engine when he was in his teens, and started his own (very successful) business when he was 28 years old.

3.) He flipped a “souped up” go-kart once when he was a kid, and broke his little toe. He couldn’t tell his Mom, because she had forbidden him to drive said go-kart.

4.) Motor Man loves nothing more than making folks laugh, whether it’s telling a joke, doing something funny, or playing a practical joke. Over the years, though, he’s learned that I don’t take kindly to those jokes being played on ME.  That has slowed him down a little, but hasn’t stopped him. 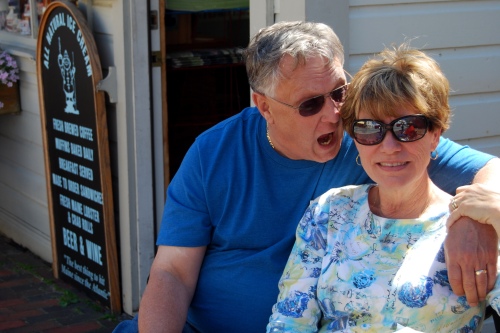