Another Early Morning On The Beach

Motor Man and I made another trip to the Outer Banks this weekend. And, although we didn’t get as early a start as we did last week, we drove out on the beach Sunday morning.

As we were driving along, we spotted this horse up ahead. As we got closer, we noticed he was pawing at the sand. We wondered why. 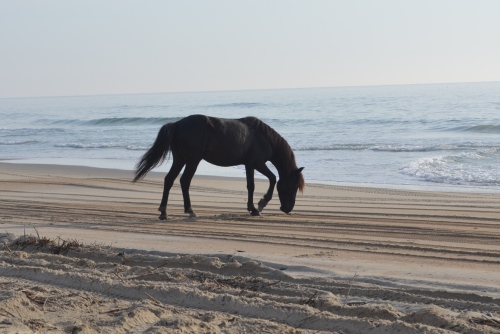 Then he flopped down on the beach. 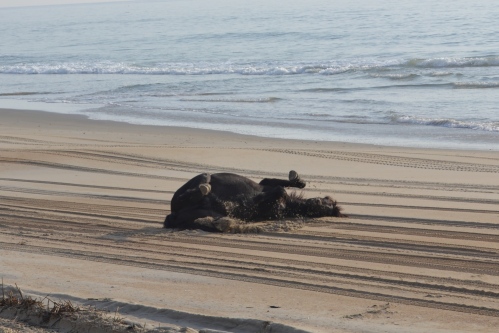 And began rolling over and over. 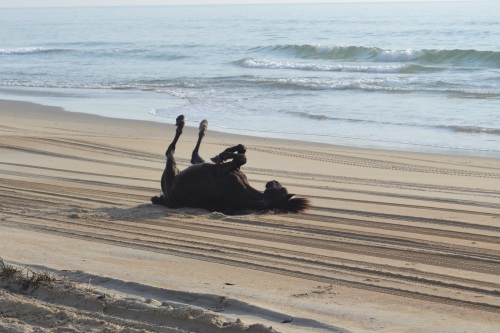 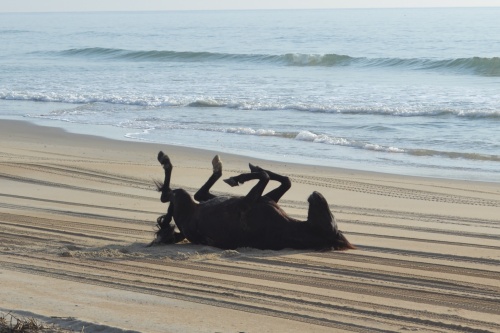 He stood up and resumed his walk along the beach. 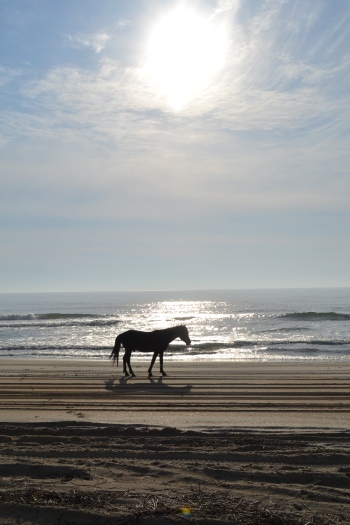 As Motor Man watched and waited in the Jeep, and I took continuous pictures, the horse stopped and turned, then whinnied. I looked to see what had gotten his attention. 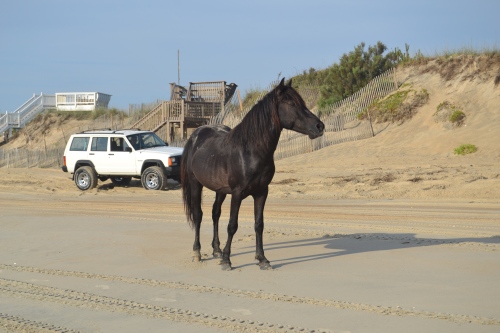 Aha. That would explain it. 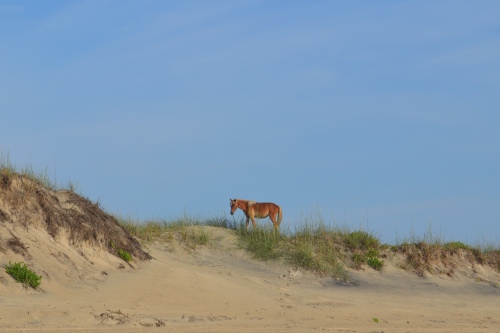 She joined him on his walk along the beach.

And then up over the dunes. This picture reminds me of the song: “Waitin’ On A Woman”.  I think they were going for coffee. 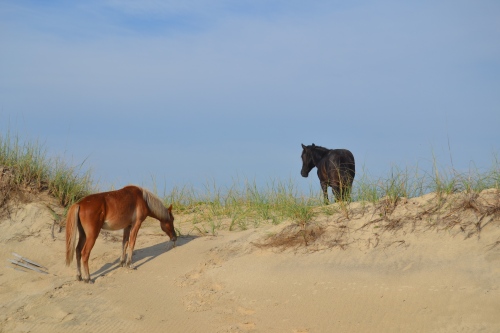 All told, we saw 25 horses during our trip, including this beauty, who was obviously posing for us. 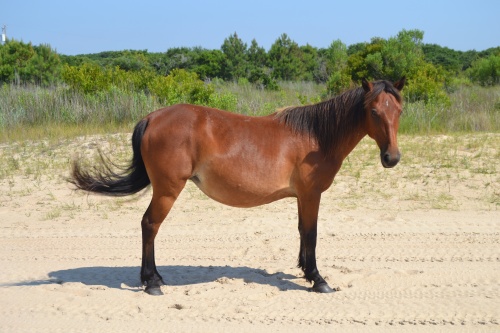 And this one with a cattle egret on her back. Cattle egrets follow (or catch a ride on) cattle and horses and feed on the insects around them. 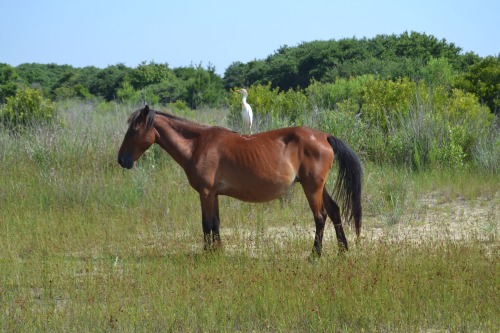 Later, we spotted this beautiful family of three. 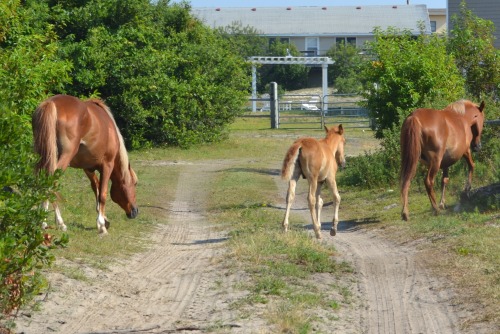 In case you still had any doubt, that’s it. I’m done. I’m officially in love with the wild horses of Corolla. But I realize my readers might not be, so I’ll try to wait awhile before another wild horse post. At least a week.