A Loss In The Family

I’m sharing it again today, because my cousin, Warren, the cute little boy shown at the end of this post, passed away this week.  He was several years older than me and had serious health issues for many years.  I recall him being a very handsome young man and the subject of many of his younger cousins’ girlish crushes.

Two years ago, he began attending the family reunions after a long absence. He mentioned to me several times how much he enjoyed it and looked forward to seeing everyone. When we’re able to resume having the reunions, we’ll certainly miss his presence.

Before you read today’s post, I’d like to ask that you read (re-read) Through That Door, which I published on June 15, 2015. It provides a nice background for today’s topic.

Now that you’re back, here’s an update on the building that was Grandma’s store.

A few weeks ago, one of my cousins sent me a message that he was going to contact the family who now owns that building.  He wanted to ask if he could possibly have the front doors from the store.

In a message from him some time later, he said that the owners had agreed and he would soon be going to claim the doors. His plans are to use them in his home…just the way they are.

Yesterday, Motor Man and I were on a Sunday drive and passed by Grandma’s store.  I must admit that it is a little bittersweet to see the boarded up space where the doors used to be. Thanks to Motor Man, for taking the picture; he even captured raindrops. (Because of his shoulder injury, he’s leaving the driving to me these days.) 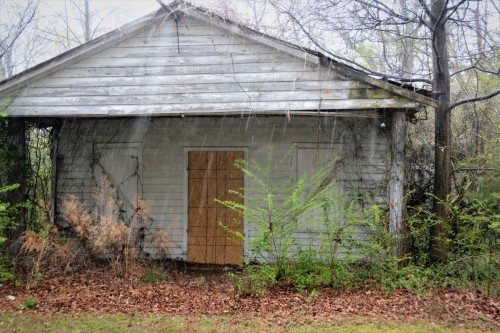 But, I’m happy that someone in the family has the doors, rather than them being lost forever should the building have been vandalized.

And, how appropriate, here’s an old family photo of that cousin, now the proud owner of those doors, in front of the store. 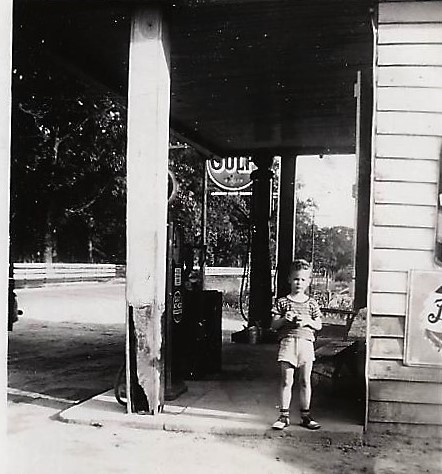 I’m sure that he, like all of us in the family, has many memories of days spent at Grandma’s store.

I’m glad he was able to be the recipient of those doors off Grandma’s old store and have a year or so to enjoy them in his home.

11 responses to “A Loss In The Family”