As I mentioned in Friday’s post, this weekend was the annual Olden Days festival in our little town. It was started in the 1980’s, and although I think it skipped a few years, it’s back, and bigger and better than ever.

Friday evening, our friends, Donna and Shirley, arrived in town. The four of us parked our lawn chairs on the “village green” in front of the Gazebo stage where the concert was set to take place beginning at 7. We walked a few doors down Main Street to the Ice Cream Parlor, easily found a booth and enjoyed a casual dinner.  During our walk and dinner, we saw several folks we knew, including some we hadn’t seen in many years.

After dinner, we strolled along Main, admiring the classic cars on display and, later, enjoyed the concert.

The next morning, Motor Man joined us for breakfast at Taste Of Smithfield, a restaurant on Main Street. Then he took photos of the three of us with our matching “Farmers Market” totes, which I found at T J Maxx. 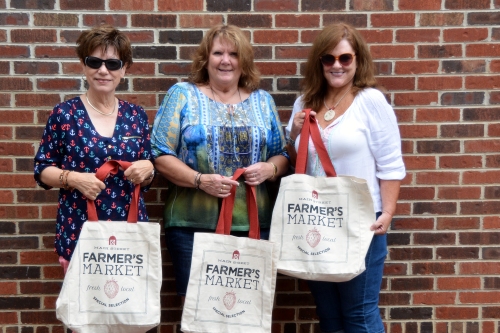 And, of course, Motor Man had to be a bit different when it came time for our picture together.  (It looks as though he’s wearing a butcher’s apron.)

While the girls and I started in the direction of the Farmers Market, Motor Man visited with several guys he knew who had vehicles in the car show. 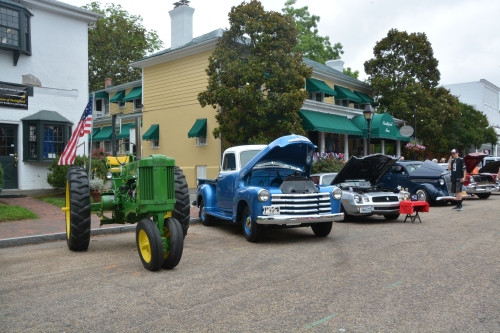 We shopped at the Farmers Market, as well as the Vintage Market, chatted with folks, petted a few dogs….things you do at your typical small town festival.

Then we met John and his 1960 Lincoln.  We listened intently as he told us its story: his mom bought the car for $1,000 at an estate sale (it was valued at the time at $5,000).  But his dad wouldn’t allow her to spend the money on it, so she borrowed it from her parents. John was the youngest of six children, and the only one his mom ever allowed to drive the car. Later, it was relegated to the garage, where John said it served for many years as the “largest shelf” ever.

Years later, John completely and lovingly restored the car (all 19 1/2 feet of it; at the time the longest car ever made).

He then had it transported cross country, so his, at the time, 94-year-mother could see it, and drive it once more.  He told us she cried when she saw it restored to its former beauty.   His mother has since passed away.

Meeting John and hearing his family’s history with that car was one of the highlights of our day. 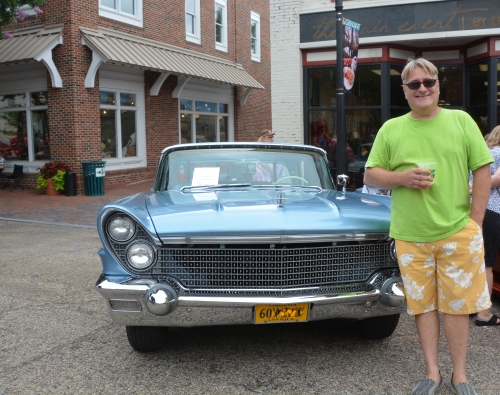 Another Olden Days is in the books. The weather was perfect, the company was fun, and we’re left with special memories of the weekend.