It began snowing here Monday around mid afternoon. Since we’ve had frigid temperatures for several days, ice was already on portions of the river. I thought it would be nice to take a series of photos from our balcony as the storm progressed.

The first one was taken at 2:39 Monday afternoon. 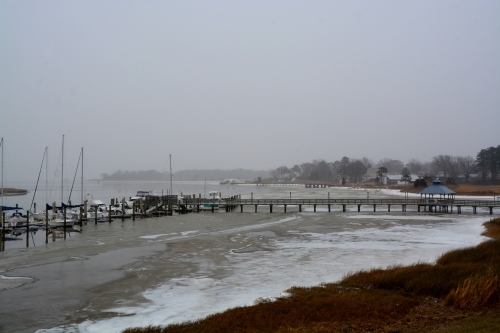 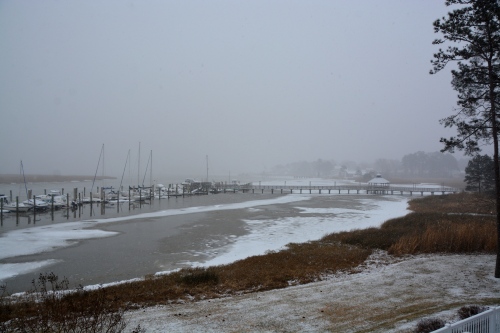 We had approximately 6-8 inches of snow and some sleet Monday night. Around mid morning yesterday, the sun was out.

This picture was taken yesterday at 1:27.

We rarely see the river with this much ice.

The snow came, it was pretty, I took lots of pictures…..now I’m ready for it to leave.

This entry was posted in Days at Home and tagged ice on river. Bookmark the permalink.