My Aunt Martha passed away last Friday. Today would have been her 94th birthday.

You may remember from previous posts that there were twelve children in that family. My mom was the third, and Aunt Martha was the seventh. In this photo,  taken around 1922, I’ve highlighted Aunt Martha. My mom is standing directly behind her. 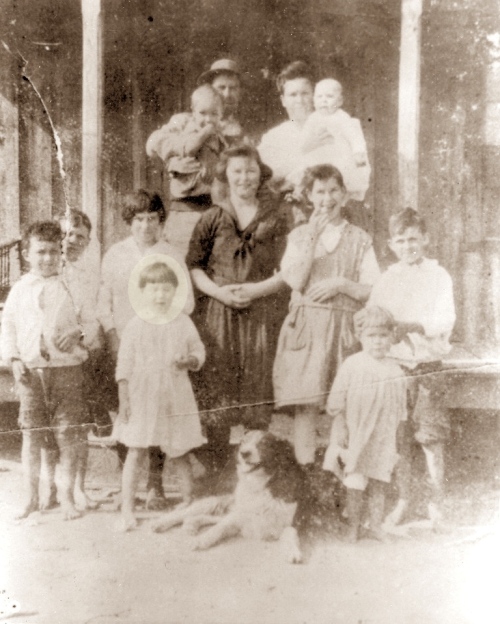 Some time in her childhood, Aunt Martha earned the nickname “That Martha”. I’m not sure exactly how that came to be – I think because she always wanted to be a little different. She “thought outside the box” before anyone coined the phrase.

For the past several years, I’ve felt a special bond with Aunt Martha. She was married on Christmas Day in 1935 in Bacon’s Castle, during the time the family was living there. In 2002,  Motor Man and I were married in the same room. 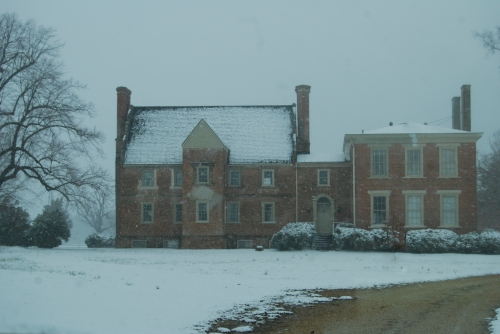 Many years ago, my mother and Aunt Martha would trade iris corms (the “bulbs”).   Two years ago,  in the spring,  Aunt Martha told me that she still had one of the irises she had gotten from Mom. She shared with me, and this year, it bloomed for the first time in my yard. Now it will be an even greater treasure to me. 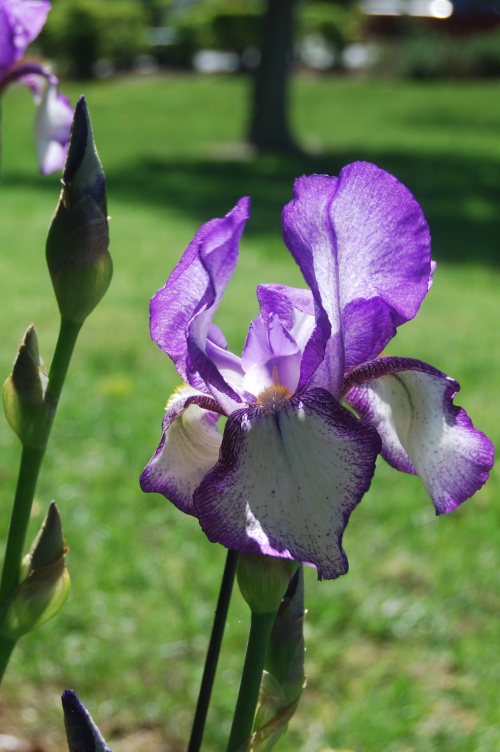 Motor Man took this picture of Aunt Martha and me at her 86th birthday party. She was a talented seamstress, poet, artist and gardener – even at that stage of her life. 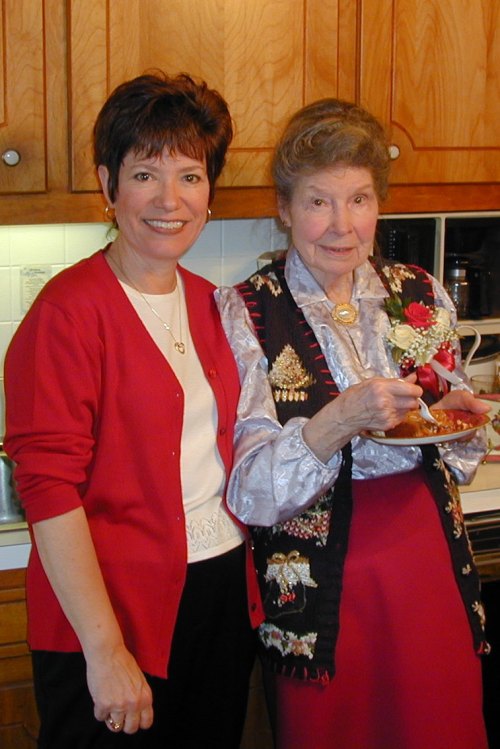 Aunt Martha was ill in recent weeks when I saw her. So I prefer to remember my last visit with her when she was doing well and made me laugh. I always enjoyed our visits, and came home to type up notes on all the family stories she shared with me. And, coming from a family with twelve children, there were a lot of stories.

Aunt Martha’s funeral was held late in the afternoon on Tuesday. She had told her family that she would like to have a sunset service.  All day on Tuesday, it was overcast. But the sun came out while we were gathered at the cemetery. It came out in time to set. And in time to give “That Martha” her sunset service. 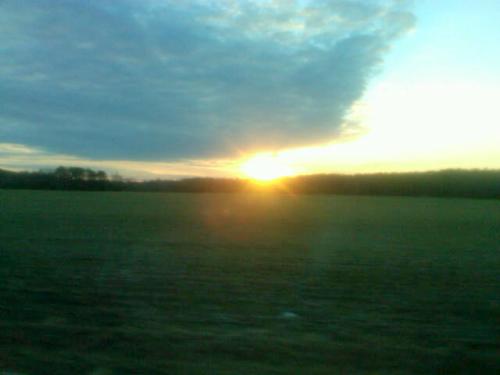 This entry was posted in Family. Bookmark the permalink.