A couple of months ago, I received an email from Winn Rosch, a contributing editor for Early American Life magazine, asking permission to use one of my photos of Bacon’s Castle in an upcoming article about whitewash.

Of course, I said yes, and learned that the article would appear in the April 2015 issue, which is “on newstands now”.

The text about Bacon’s Castle: 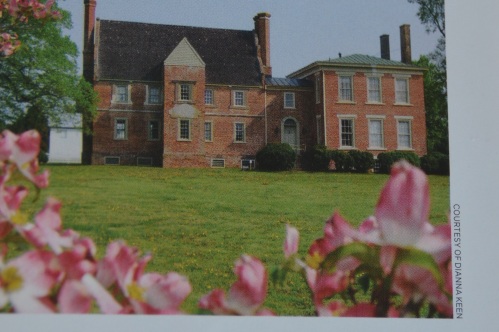 This was one in a series of photos I took on April 18, 2011.  Marshall and I had driven to Bacon’s Castle that morning and found the pink dogwoods to be in full bloom. I shared the photos in this blog post a few days later.

This is the cover of the April issue of Early American Life. (There may be a few copies still available….just kidding.)

Thanks to the staff at Early American Life for deeming my photo worthy to be included in this article. Although it’s always thrilling to have one of my photos chosen for any project, it’s particularly special when that project involves Bacon’s Castle.